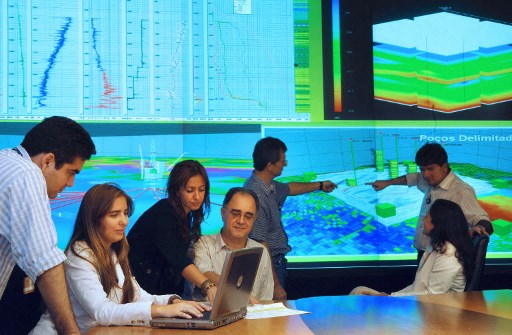 These include, for example, the evolution of ‘digital twins’, which have already implemented at all the company’s refineries, to the concept of ‘smart twins’, adding artificial intelligence capabilities for predictive and proactive response to these modules, Simone told BNamericas.

“We were very successful with the digital twins. Now we’re going to a higher stage called ‘smart twins’, which is to incorporate artificial intelligence into these processes. We want to increasingly move from a proactive approach to a predictive one,” he added.

The digital twins concept involves the development of a digital replica of every oil & gas field, including reservoirs, all wells and subsea systems, in order to reduce the need for physical intervention and support different analyses.

It also leads to optimization of production and water use, resulting in efficiency and sustainability gains. By the end of 2020, the company had saved US$200mn with the use of digital twins, according to Simone.

In one of the refineries in which a twin was deployed, the company ran artificial intelligence processes as a pilot. The results were “highly positive and successful,” Simone said, and the goal now is to gradually roll out smart twins at all refineries over the course of this year and next.

Implementation of this innovation is complex and Simone says he is unaware of any similar cases of digital twins with this level of artificial intelligence applied in the world. The refinery that served as a proof of concept has not been revealed.

Simone also did not wish to reveal the name of the partner who is developing the AI algorithm. Petrobras did not hold a specific bidding process for the smart twins model, but instead has relied on its existing cooperation and innovation partnerships with AI providers.

The executive explains that it is first necessary to have a viable minimum product before going to the market in a bidding process.

Petrobras is also testing the addition of these simulation environments with AI to its processing capacity, mostly focused on its supercomputers. The oil firm has three: Atlas, Fênix and Dragão, the latter of which is expected to go live this month or next, according to the executive.

They are claimed to be the most powerful supercomputers in Latin America.

Petrobras’ target is to reach around 70 petaflops of processing capacity by the end this year, up from 21 petaflops in 2020, considering both on-premise processing and processing in the cloud.

Petrobras works with the big global cloud suppliers, such as AWS, Microsoft and Google, depending on the type of workload and application. This concept is known as multi-cloud.

Petrobras is also working internally on a concept that Simone calls industry 6.0.

This kind of approach is part of the company’s focus on robotization and the protection of its divers in subsea and ultra-subsea operations.

“Operating at a depth of 2,500m isn’t easy. We put man on the moon, but nobody has stepped on the seabed. The concept we are talking about here is how we can work on advanced robotics, submarine Wi-Fi, bed sensing in the deep,” he said.

Petrobras opened an artificial intelligence and analytics center in October. The project is a partnership with the Petrobras research center Cenpes, Universidade Petrobras and the center for excellence in robotization and digitization (CEDR).

From a back office perspective, the company is also carrying out the migration of its management systems to SAP’s S/4 Hana cloud ERP, under one of SAP’s largest contracts in Latin America.

The goal is to simplify, digitize and integrate management processes. According to Simone, the entire SAP migration is gradual and includes the deployment of different modules (procurement, HR systems etc.) over time, with completion expected for 2022.

All of these projects are part of Petrobras’ plan to invest US$1.5bn in digital transformation and innovation over the next five years.

AI in MedTech: Risks and Opportunities of Innovative Technologies in Medical Applications